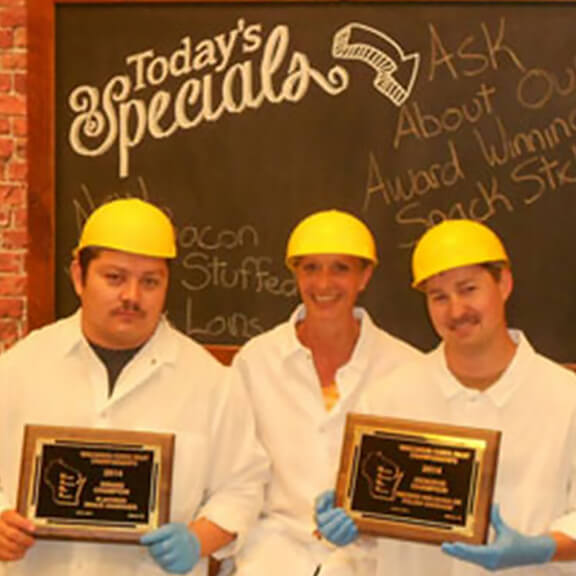 About Custom Meats of Marathon

For the last 30 years we have been providing meat cutting and processing services with trust and honesty. We give our customers old-fashioned customer service and high-quality chicken, veal, beef, pork and lamb meat. Let our experience help you select the right cuts for your occasion.

In the mid-to-late '80s, the local meat market in Marathon City closed down. Left without a place to take their livestock for butchering, Marathon City residents were forced to go elsewhere. Custom Meats of Marathon, Inc. was founded in 1989 by popular demand to fill the void. Dale Heise, saw this as a business opportunity. He bought some land and that's when Custom Meats of Marathon, Inc. was born.

Dale's son, Tom, joined "temporarily" six months after we opened our doors, thinking he would stay no longer than a year or two. He's still here today as an owner, and is surprised at the success we've had. Paying attention to detail and not taking short-cuts has made us a popular choice for Marathon area customers. The quality of our products can be experienced through a simple taste test or by taking a look at the awards we have won.

Since 1989, the business has gone from three employees to seventeen. Daily challenges, constant surprises and an overwhelming sense of pride are what keep us going. We love the recognition we receive and the fact that we never know what will happen next. We are honored to keep prospering with a philosophy built on pride, trust and respect.

Custom Meats also plays an active role in our community. We've donated roasting pigs, hamburgers, hot dogs and brats to a long list of organizations including the Special Olympics, the Girl Scouts and Boy Scouts of America, the Lions Club, various Fire Departments, Local Schools, Churches and private and public fundraisers and raffles.

We're involved in Hunters Against Hunger, a state-run program that donates food to organizations such as the Salvation Army and the Neighbor's Place so that the less fortunate can eat. We also get our packaging boxes from Northern Valley Workshop, a program that gives disabled people a place to work.

Tom Heise, Owner, is a graduate of The Master Meat Crafter Program. This program allows participants to build on their experiences in meat science and meat processing through a comprehensive, 2 year curriculum of workshops, assignments and a plant research project. Topics included fresh meats, curing, food safety and meat microbiology, to name a few. Each Master Meat Crafter also completed a mentor-ship component, sharing what they learned with an employee or another individual. 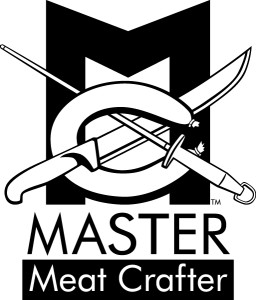 Our Awards and Certifications

In 2007 we became a USDA-headquartered facility. We have a USDA inspector stationed in the building at all times and nothing is cut or processed without an inspector here.

2010 D.R. Buege Award of Excellence “Best of Show” for our Sausage Products

In 2011 we took on the leadership role as the chairperson for the Wisconsin Association of Meat Processors (WAMP) and took part in Wisconsin Farm Technology Days.